ROBStock rocked across three grids last month achieving its main goal of raising money for “Doctors Without Borders,” which provides international medical assistance. Frequent planning sessions, totally committed team work and talented artists are all responsible for its success. It didn’t matter if you were on Second Life, 3RD Rock Grid or Haven Your World as the chatterbox bridged all the virtual worlds. Nine hundred dollars was raised.

“This year’s ROBStock was the most ambitious ever to raise funds for ‘Doctors Without Borders’,” commented Zinnia Frenzy, 3RD Rock grid’s main booking agent and a key organizer for the fundraising event. “Taking in three grids pus 3GR T.V. and without good organizational skills it would have been very difficult to make it happen.”

Zinnia stated that Punk Rock’s responsibility was filling the role as project manager. He divided the volunteers into teams, including 3RD Rock’s administrators and devoted residents, to manage the ROBStock venue on all three grids. 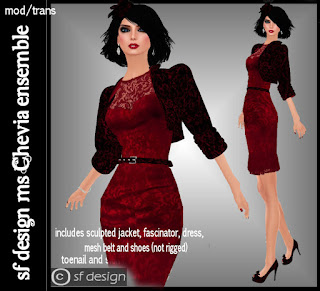 “We had to double up as builders and perform other tasks we had not expected,” she told me. “We wanted the authentic ‘Woodstock-type location on each grid, but minus the mud and to do this we needed some cooperation from landowners.”

Kicking in their support was EhuKini Resident and Rogatu, owners of Encad Nation, for the SL location and Cheryl and Peter Haven for Haven Your World grid. Both Punk and Butch, one of the earlier owners of 3RD Rock grid, handled the tech elements. Other volunteers acted as greeters and hosts. Zinnia played a major role in organizing the artists into a workable schedule booking 23 live acts and DJs over the three day period.

“We had some cancellations, which were inevitable, but we managed to fill the gaps within our own resources,” she told me. “It was important to keep the continuity of the event in progress. What impressed most was that we had zero ‘no shows’ on the day and we were very proud indeed of the artists who gave their time for this good cause.”

Zinnia found multi-grid participation wasn’t as difficult as all imagined it would be. It was possible because of teamwork and the chatterbox. She said the Havens’ support was wonderful. They created an authentic setting, had merchandise for sale and DJs booked. On top of that, they had generous supporters.

“Next year, I can see them becoming a major player in our fundraising efforts,” said Zinnia. “I also hope to see more grids come on board. In a worldwide recession I had not expected such a high total.”

An interesting fact, was that a number of the artists had avatars on both the SL and 3RD Rock stages at the same time. So it wasn’t as if one audience could only listen without the artist present.

As for Punk’s perspective on the annual event, he believes it ran 95% as planned. There were one or two cancellations, due to real life events or scheduling problems, few technical issues and the attendance was above expectations in all three worlds.

Throughout the event, comments of how it was innovative due to the cross-grids video, audio and text-chat, was heard often. He remarked that this was all possible through the hard work of the organizers months before the event took place.

“From a grid perspective, I can say that our relationship with Haven Your World has been positively enforced, as their attitude was aimed at the common goal of the event,” Punk replied in terms of forging new networking opportunities with other grids. “There was never any grid-competitive stance from either grid. Since the event, we have kept in touch and are mulling on further cooperation.”